On the evening before departure we go out for a well-groomed meal.

I created the homepage, because during the planning for my trip to Nuremberg-Istanbul in 2006 almost no useful information could be found on the net.

Little by little I extended it by selected later boat tours.

On the Revierinfo pages I may have posted interesting information for other boaters as well. I would be pleased to receive notification of outdated, incorrect or missing information and to include it in my training.

With the sailing boat from Nuremberg to Istanbul

Pictures of a holiday trip

Since I had read Rollo Gebhard's book about his circumnavigation of the world - which began with sailing the Danube - in my youth, I wanted to navigate this river completely.

I already knew the route from Blaubeuren to Kelheim through several trips of several days as a child and teenager by folding boat and kayak. I got to know Kelheim to Passau once with a motorized folding dinghy and then the route Passau - Vienna with friends in a canoe.

After the eastern border was no longer the problem and the war in former Yugoslavia no longer endangered the journey, I began planning this trip.

My boat, which I had originally bought for the route, indirectly proved to be the key to the realization, since I spent a lot of time on it in Nuremberg harbour and got to know a skipper from Wales in August 2006, who had landed with his sailor coming from the canal via the French canals, Rhine and Main in Nuremberg to hibernate.

We met and decided to go the rest of the way together with his boat. 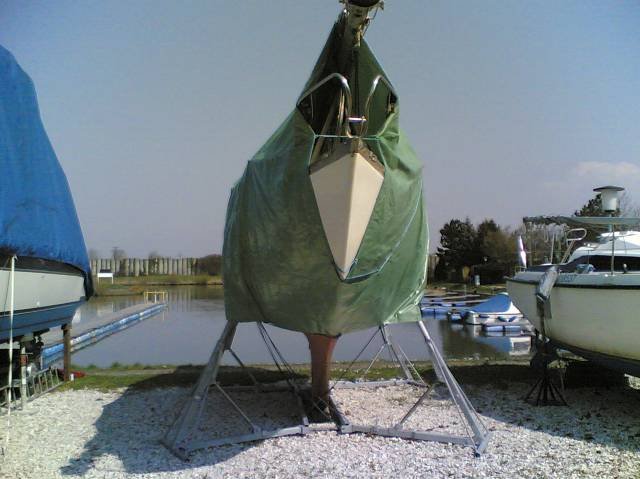 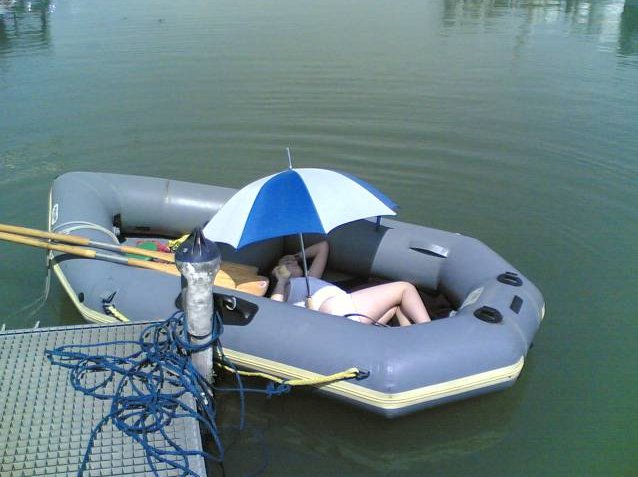 The Naomi is still hibernating. In a few days we will be craning

The ship is in the water. Our dinghy has been tested by my daughter under the toughest conditions. ;-) 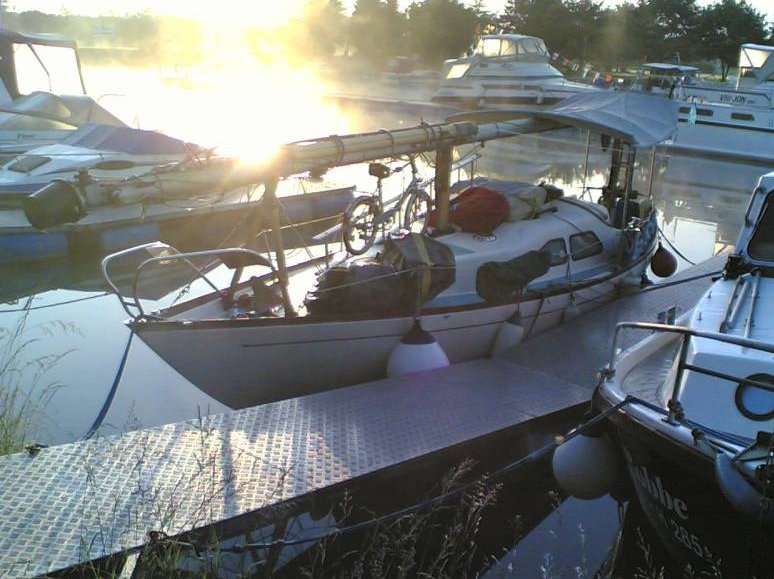 The boat is ready packed for departure in Nuremberg harbour. In the weeks before we had made the sunroof and did some more work on the boat and equipment. The machine got an oil change and a lot of fuel canisters disappeared in the baking boxes.

We will start on May 18th and our third crew member Keith, an experienced English sailor, will arrive shortly before. 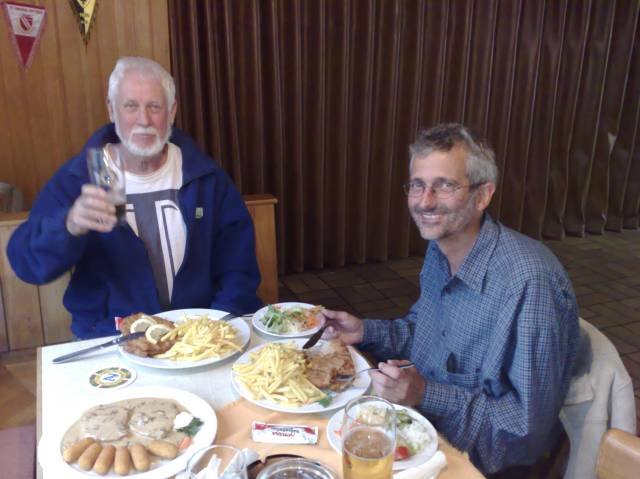